In this morning I done the research about a artist named Karen Jerzyk.

Why I chose her?

The reason is she had a photograph work that as same as my theme.

Both of us we chose the “Nightmare”.

First time I saw her work is in Chinese social network software “Weibo”.

I think that’s really interesting, she used her memories to create works.

Karen Jerzyk is a photographer living and working in the Greater Boston Area. As a self prescribed “incredibly introverted, awkward wallflower” Karen looked for a way to express herself other than words, and found that when her parents gifted her a camera in 2003. After many years of photographing promotional shoots and stage portraits for bands she decided to shift her focus to people, portraying them in elaborate scenes. Karen:

“My trademark of shooting elaborate scenes in abandoned buildings (when I find a location, I quite literally spends hours cleaning up and restoring it to what it may have looked like, paying attention to the smallest details such as placement of items in the room) eventually got me arrested in August 2014- I like to describe that particular event as “the best thing to ever happen to me”, after national news outlets picked up the story.” 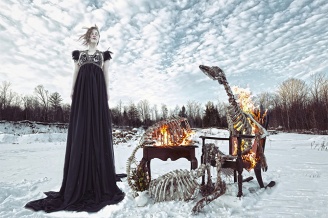 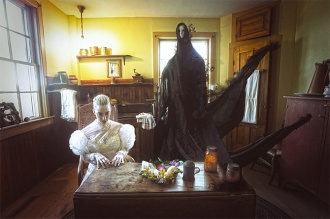 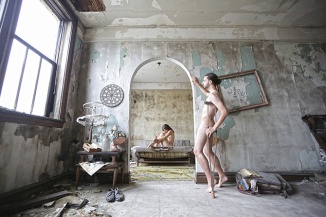 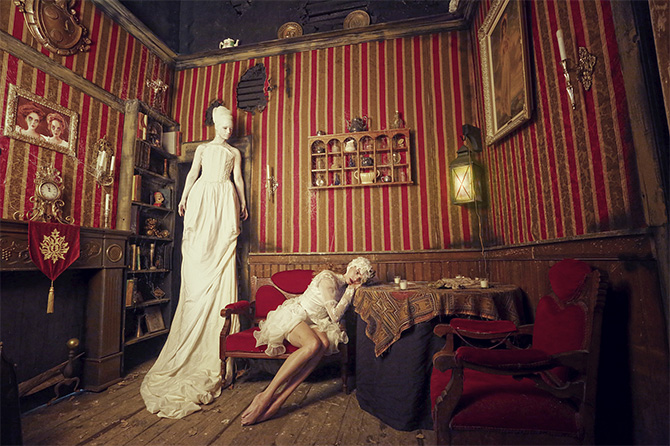 These photos are from Karen.

I think is really beautiful, not only scared but also aesthete.

A good design is aesthete and quite lonely.

Her photographes shown those points, the important things is she can use colorful colors to create dark feelings.

This is a text widget, which allows you to add text or HTML to your sidebar. You can use them to display text, links, images, HTML, or a combination of these. Edit them in the Widget section of the Customizer.
%d bloggers like this: