Conceptual art is all about “ideas and meanings” rather than “works of art”.

Last week I learned fine art. I think is quite similar, the common things is think about the meaning. The important things is our mind.

Land art is an art movement in which landscape and the work of art are inextricably linked. It is also an art form that is created in nature, using nature materials such as soil, rock (bed rock, boulders, stones), organic media (logs, branches, leaves), and water with introduced materials such as concrete, metal, asphalt, or mineral pigments.

These are two artists which I choose to do a sample research.

I want to talk about my feeling at first.

I think the owner want to use the bottles and colas’s relationships to show the balance. This looks like very harmonious. Another opinion is maybe he wants to show the process of drink. Like our life, time is pass, less and less.

In the 1970s, soda bottles in Brazil were still being returned, refilled & resold. Asserting that “the container always carries with it an ideology,” artist, Cildo Meireles began “inserting” his own subversive messages into the cycle.

For the Coca-Cola Project Meireles removed Coca-Cola bottles from normal circulation and modified them by adding critical political statements, or instructions for turning the bottle into a Molotov cocktail*, before returning them to the circuit of exchange. On the bottles, such messages as ‘Yankees Go Home’ are followed by the work’s title and the artist’s statement of purpose: ‘To register informations and critical opinions on bottles and return them to circulation’. The Coca-Cola bottle is an everyday object of mass circulation; in 1970 in Brazil it was a symbol of US imperialism and it has become, globally, a symbol of capitalist consumerism. As the bottle progressively empties of dark brown liquid, the statement printed in white letters on a transparent label adhering to its side becomes increasingly invisible, only to reappear when the bottle is refilled for recirculation.

In my opinion, This work shows a person who wants to talk about something to somebody, but she need a loudspeaker. If do this, she can speak more clearly.

John Anthony Baldessari is an American conceptual artist He is member of the Burren College of Art’s Advisory Council. He is also a receipient of the BCA-Nui Galway Honorary Doctorate. Baldessari has been termed “one of the most influential artists to emerge since the mid 1960’s.” He has contributed to the definition of postmodern art. His ingenious application of certain art-making strategies includes appropriation, deconstruction, decontextualization, sequentiality and text/image juxtaposition, was prescient, as was his cogent and witty intergration of semiology, linguistic systems and mass media.

His work has been featured in more than 200 solo exhibitions in the US and Europe. 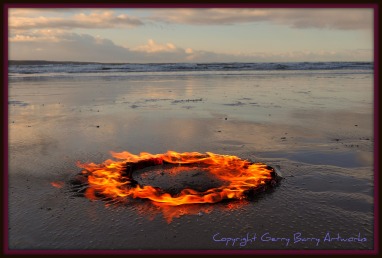 I think this work is so aestheticism, because it shows fire and water. In the natural, these two things can’t stay in the same place and same time.

But the artist make them together. Maybe the owner wants to show nothing is impossible . And the important things is this work show a different beautiful.

I think after the day of I see his work, I need to try some different things, and think a lot , use the different materials, and create some special works.

October 21, 2016October 21, 2016 doris919Leave a comment
Minimalism.
Minimalists distanced themselves from the Abstract Expressionists by removing the idea of biography (Personal story) from their art.
Minimalists sought to breakdown traditional ideas of sculpture and to erase distinctions between painting and sculpture.
Russian Constructivism and Marcel Duchamp’s ‘Ready Mades’ were influential to minimalism.
Taking a cue from Pop artists, Minimalist artists used manufacturing materials and industrial fabrication in their work too, but left the images behind.
In the class, we also compare two artists work.

These two works has obvious difference, the style quite different .
The first one is clean and simple, the colour is single.
The colour is more colourful about number two. Many information on it.
And use so many forms.
I think number 1 is more suitable for lots of people. No matter you are man or women.
But the bottom one is more reasonable for woman. On usual I don’t think it will interested man. It’s too much.
And  I think  minimalism influencing  is a good thing for people’s life.
The reason is , we got one more style in the life, it means we can have one more choice .
Someone like this and someone like that, different people has different idea.
Overall , my feeling about the minimalism is:
I quite like this style, is simple and clean, when I saw this style’s things, I feel comfortable, not disorderly. And in other words is  simple is beauty.
WUJI is one of my favourite brand, and the style is minimalism, when people sew the colour or the shape, the first word in their mind is relax. I also has this feeling.  More and more people into this style. And I believe minimalism will still popular.
October 18, 2016October 21, 2016 doris919Leave a comment

Abstract Expressionism is applied to a movement in American painting that flourished in New York City after World War II, (sometimes referred to as the New York School or, more narrowly, as action painting).

The artist’s expressive art portrayed emotion, shaped by Surrealism. This new style fitted to the post-war mood of anxiety and trauma.

Action
Painting
Jackson Pollock, and Willem de Kooning broke from the accepted conventions to unleash a new confidence in painting this was called Action painting.
Willem de Kooning
Woman I, (1950–2), oil, enamel and charcoal on canvas
(de Kooning was an American, born in the Netherlands. 1904–1997)

When I saw the color ,my feeling is topside-turvy . Actually , I can’t understand what does the artist want to show. But I still love the picture, because of the style, like beast.

Because this class I ‘m not here… so I don’t have my own work, I ‘m sorry about that.

At first I didn’t understand what is dada，and the teacher showed  some film about dada,then  I know a little,but not all.

On the ppt,it shows us “Dada ” means nothing.When we looked about that,all of us were laughing.

Dada is a rise in the first world war in Zurich, affected the visual arts, literature (mainly poetry), drama and literary and artistic movement in the field of art design, etc.

Dadaism is an important step in the development of the 20th century western literary genre, is the first world war and destroy the old European social and cultural order of the product.

Dada as a literary movement duration is not long, the scope is very wide, all of the 20th century modernist literary genre.

Current appearance,the first Dada performances were put on by a group of avant-garde poets, writers and performances artists at Cabaret Voltaire.

I also find some informations about the two artists. 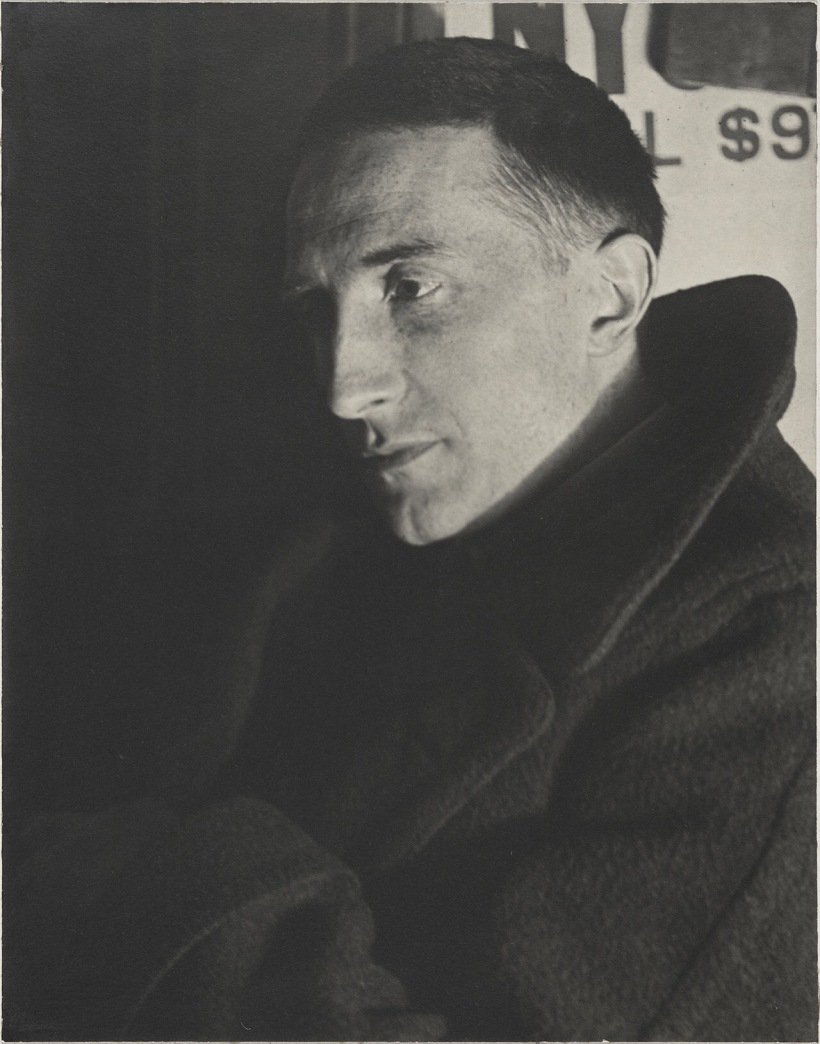 (French: [maʁsɛl dyʃɑ̃]; 28 July 1887 – 2 October 1968) was a French, naturalized American painter, sculptor, chess player and writer whose work is associated with Cubism, conceptual art and Dada,although he was careful about his use of the term Dada and was not directly associated with Dada groups. Duchamp is commonly regarded, along with Pablo Picasso and Henri Matisse, as one of the three artists who helped to define the revolutionary developments in the plastic arts in the opening decades of the twentieth century, responsible for significant developments in painting and sculpture.Duchamp has had an immense impact on twentieth-century and twenty first-century art. By World War I, he had rejected the work of many of his fellow artists (like Henri Matisse) as “retinal” art, intended only to please the eye. Instead, Duchamp wanted to put art back in the service of the mind. 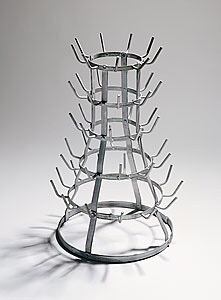 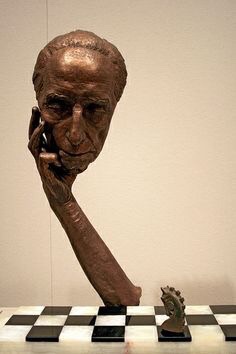 Actually, I like Hugo most,when I sew his work，at the start，l feel very strange, but I don’t know why I can’t stop seeing and listening。Perhaps this is the charm of dada.

This is our team’s work. 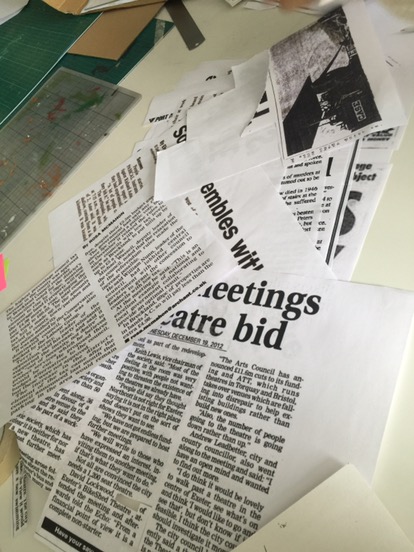 Today we have a interesting class.

I never sew that picture before,when I see the picture, I ‘m exciting.

Actually, I love the something different,and some bloodcurdling things.

This picture is our teacher to show us，When I first saw this picture, I feel it like a map.Color is very bright, and divide the area.

There are a lot of bright red areas，and the paint down along the paper，like blood.

Then I think about it,maybe the author  make the picture like the war？

Actually, I love this picture,I think maybe the author wants to tell people no fair.keep peace. The world is lovely,don’t hurt anyone.

At this day,our teacher let us go to the museum. I see so many beautiful books.

And they are special,l never see it before, I really love it.

When we go there,we waited for one hour,during the time,we went to see some poster,it has many different types of the letters. I also took the photos.

Let me show you: 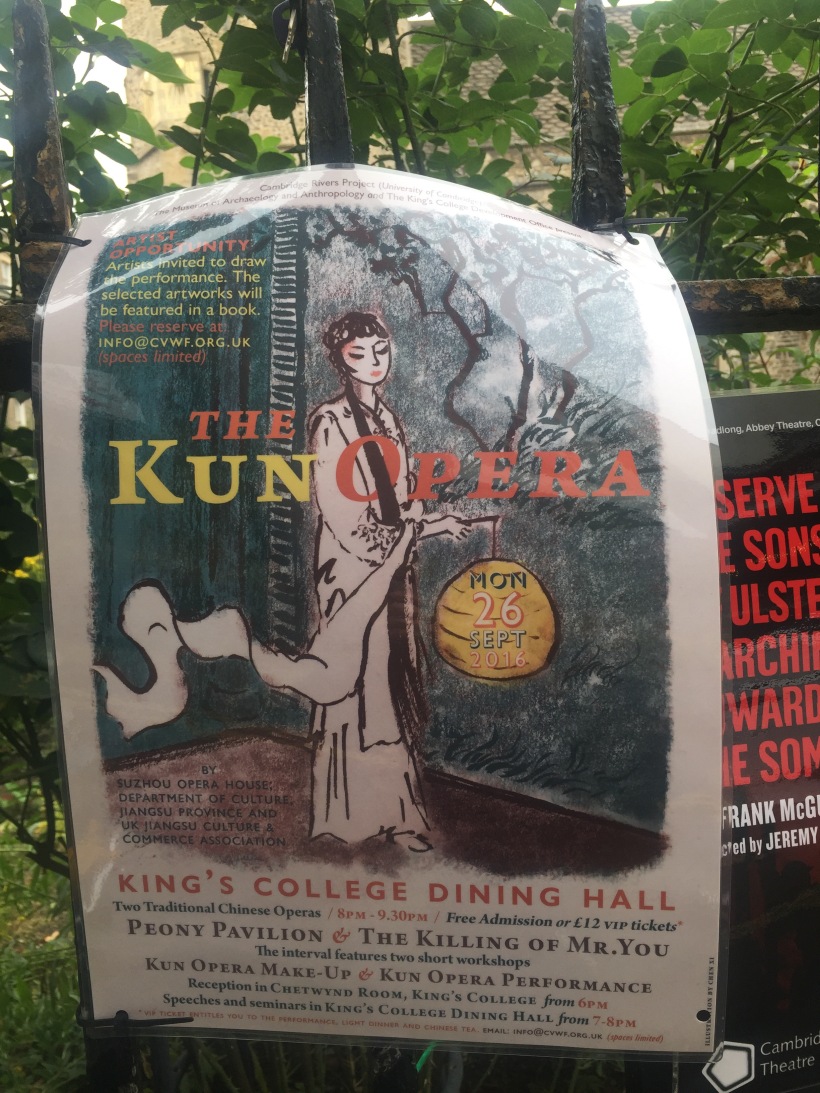 They are so lovely,isn’t it?
After that,we go to visit the museum.

There has lots of different letters on the book,and the maker painting on it,it’s really amazing.And very colorful.

I choose three DROPCAPS and drow down.

I also rsearch the history about this books and the letters.

It was a great experience, I learn a lot.

This is a text widget, which allows you to add text or HTML to your sidebar. You can use them to display text, links, images, HTML, or a combination of these. Edit them in the Widget section of the Customizer.